NOTE - Updated November 2022 for this site and the correct command name.

There are times when DBA’s are required to export database user permissions to a file. This may be for a number of reasons. Maybe for DR purposes, for auditing, for transfer to another database or instance. Sometimes we need to create a new user with the same permissions as another user or perhaps nearly the same permissions. I was having a conversation with my good friend and MVP Cláudio Silva and we were talking about how Export-DbaUser from dbatools could help in these situations and he suggested that I blogged about it so here it is.

The dbatools module (for those that don’t know) is a PowerShell module written by amazing folks in the community designed to make administrating your SQL Server significantly easier using PowerShell. The instructions for installing it are available here It comprises of 182 separate commands at present

Cláudio wrote Export-DbaUser to solve a problem. You should always start with Get-Help whenever you are starting to use a new PowerShell command 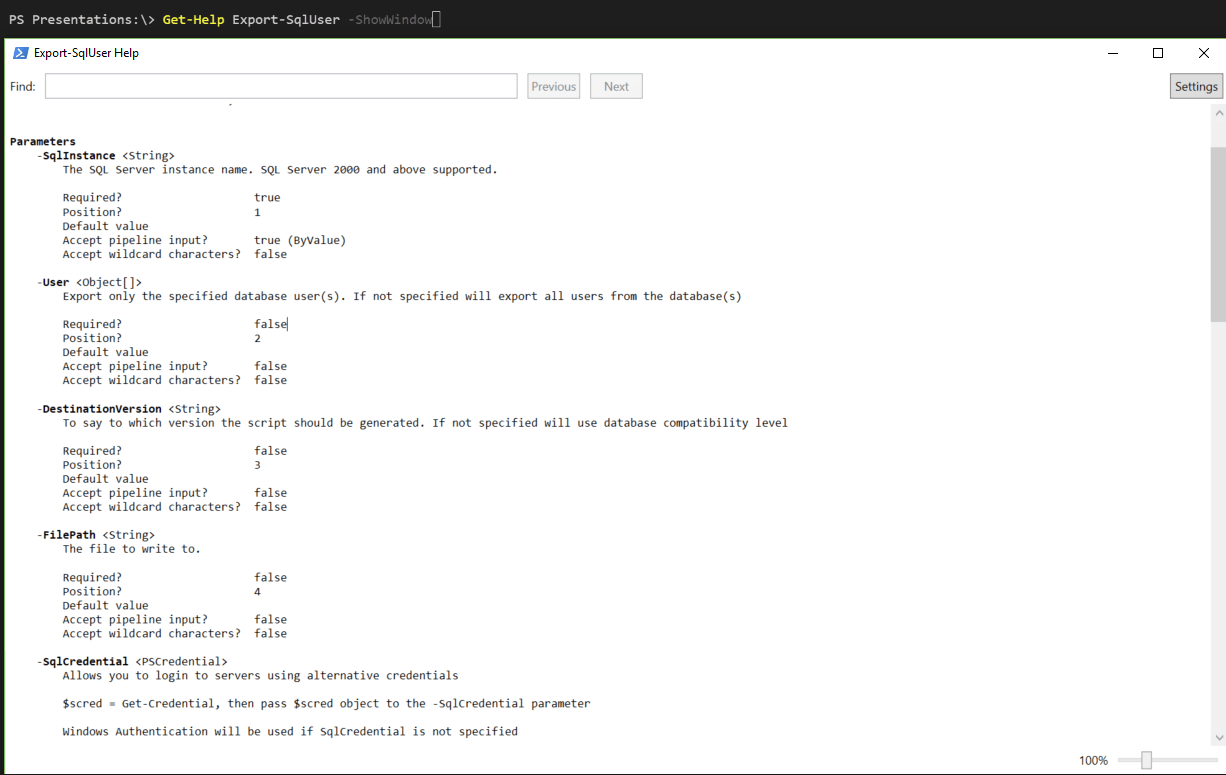 The command exports users creation and its permissions to a T-SQL file or host. Export includes user, create and add to role(s), database level permissions, object level permissions and also the Create Role statements for any roles, although the script does not create IF NOT EXISTS statements which would be an improvement. It also excludes the system databases so if you are scripting users who need access to those databases then that needs to be considered. Cláudio is aware of these and is looking at improving the code to remove those limitations.

It takes the following parameters

Lets take a look at it in action

Lets take a look at a single database 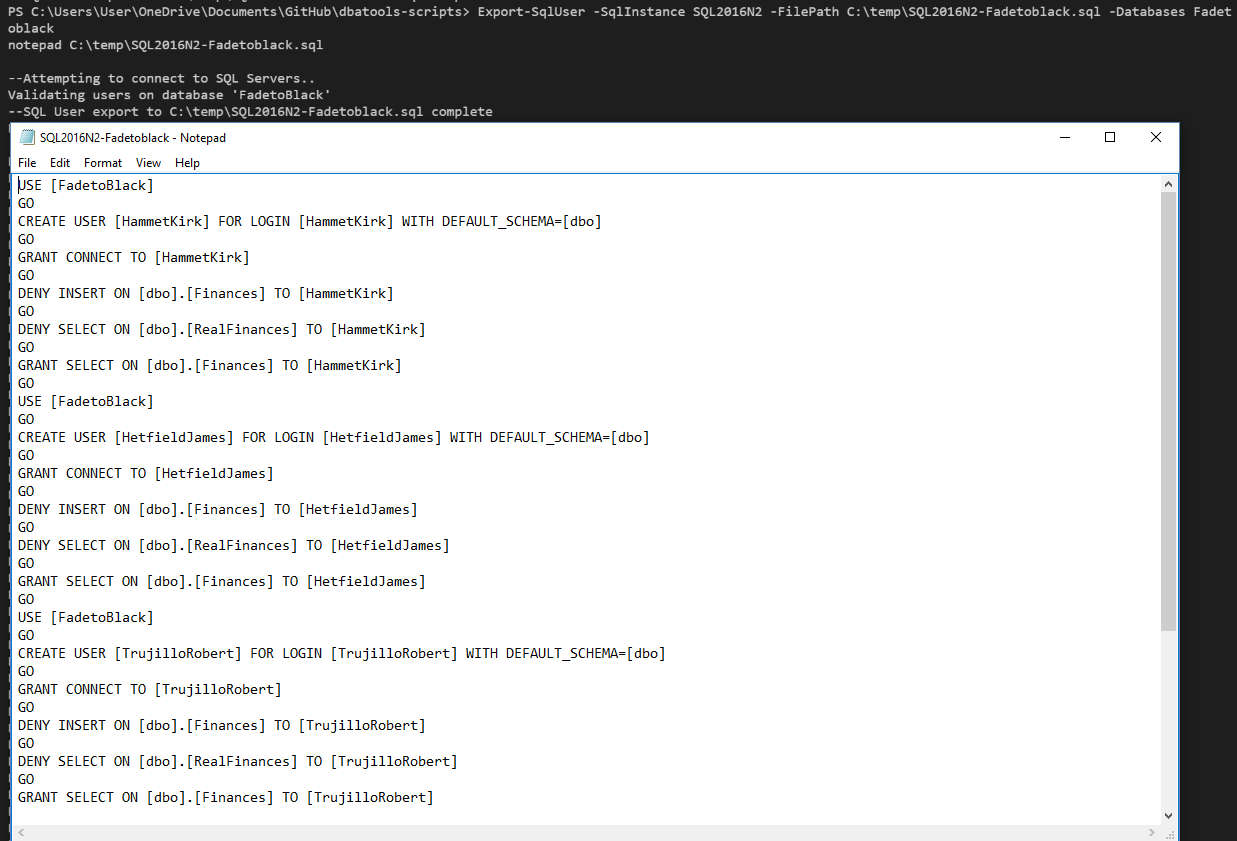 This is so cool and so easy. It is possible to do this in T-SQL. I found this script on SQLServerCentral for example which is 262 lines and would then require some mouse action to save to a file

We can look at a single user as well. Lets see what Lars Ulrich can see on the FadeToBlack database

I will open this in Visual Studio Code Insiders using

if you are not using the insiders preview remove the “-insiders”

Perfect, we can run that code and complete the request. When we impersonate Lars we get

but when we run as the manager we get

Excellent! All is well.

It turns out that there is another Fadetoblack database on a SQL2000 instance which for reasons lost in time never had its data imported into the newer database. It is still used for reporting purposes. The manager needs to have the same permissions as on the SQL2016N2 instance. Obviously the T-SQL we have just created will not work as that syntax did not exist for SQL 2000 but Cláudio has thought of that too. We can use the DestinationVersion parameter to create the SQL2000 (2005,2008/20008R2,2012,2014,2016) code

and our SQL2000 compatible code is created

NOTE – The major 1.0 release of dbatools due in the summer 2017 may have breaking changes which will stop the above code from working. There are also new commands coming which may replace this command. This blog post was written using dbatools version 0.8.942 You can check your version using

and update it using an Administrator PowerShell session with

You may find that you get no output from Update-Module as you have the latest version. If you have not installed the module from the PowerShell Gallery using

Then you can use