He was getting an error whilst trying to set CLR Enabled during an automatic install and asked if I had any ideas. The error he had was related to Invoke-SQLcmd and the method he was calling the PowerShell script

I was unable to replicate his problem on my servers so I looked at other methods that may assist as well as following up with him to try and understand what was causing his issue. In doing so I worked out the following method to change the CLR Enabled setting by SMO and thought it worth a blog post to share

One way around his issue is to define and then call Invoke-SQLCmd2 by Chad Miller within his script. So his script would look in part as follows

However, I prefer to use SMO so I examined the Server SMO as follows notice the “.” for local server

And noticed the Configuration property 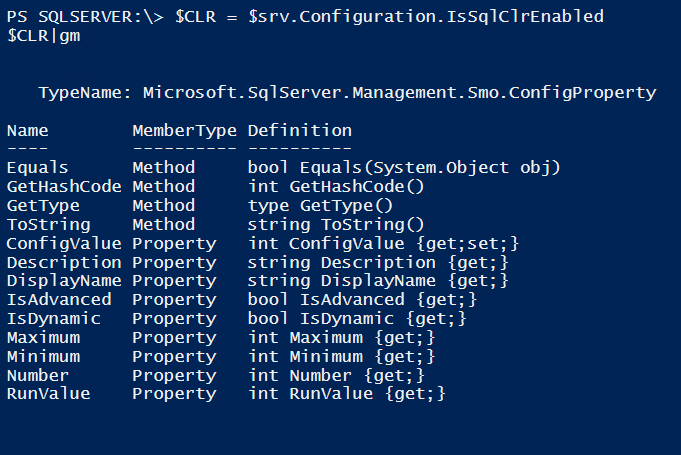 With this information I could write a simple script to alter the settings.

Prior to running the script 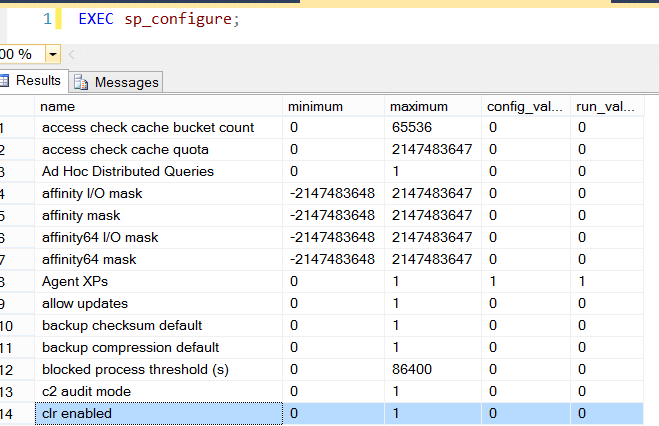 We then run the following script

Line 1 creates a Server SMO object there is a “.” to denote local server at the end of the line although you can use the server name as well

And Line 5 Alters the Config object, essentially running the reconfigure

After running the script 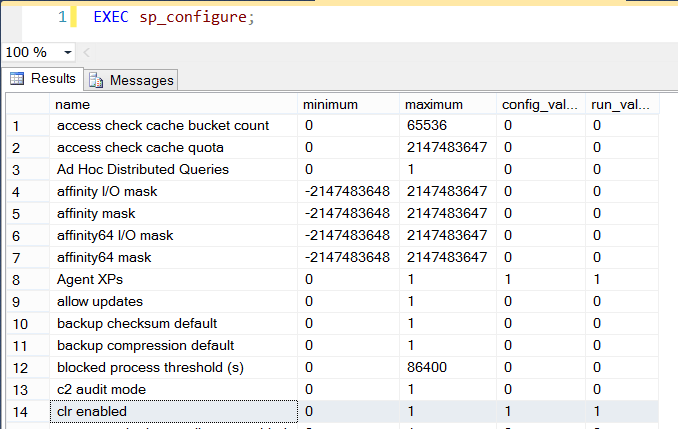 Any questions or comments please feel free to ask