So SQLBits has finished for another year. About 1500 people registered for the largest SQL Conference in Europe held over 4 days in Liverpool last week. 2 days of full day sessions and 2 days of shorter sessions, a pub quiz, a party (literally) out of this world.

It is organised and run by volunteers

Of course we must pay special thanks to Simon, Darren, Chris, Jonathan, Annette, Allan and Alex without forgetting all that JRJ has done. They ensured that the venue, sessions, speakers, sponsors, audio visual and not forgetting the amazing party by Sneaky Experience (Thank you Julia), all occurred at the right time in the right place with the right people and the work and effort they have put in cannot be over-estimated but this post isn’t about those generous, inspiring, amazing folk
Several people asked me what a volunteer does and how they can become one and hopefully this post will answer both of those questions. More than 40 people volunteered to help at SQL Bits

Some volunteers arrived on Tuesday to help with the set up. Making sure that we knew where everything was and helping to lift and carry all of the things that needed moving. 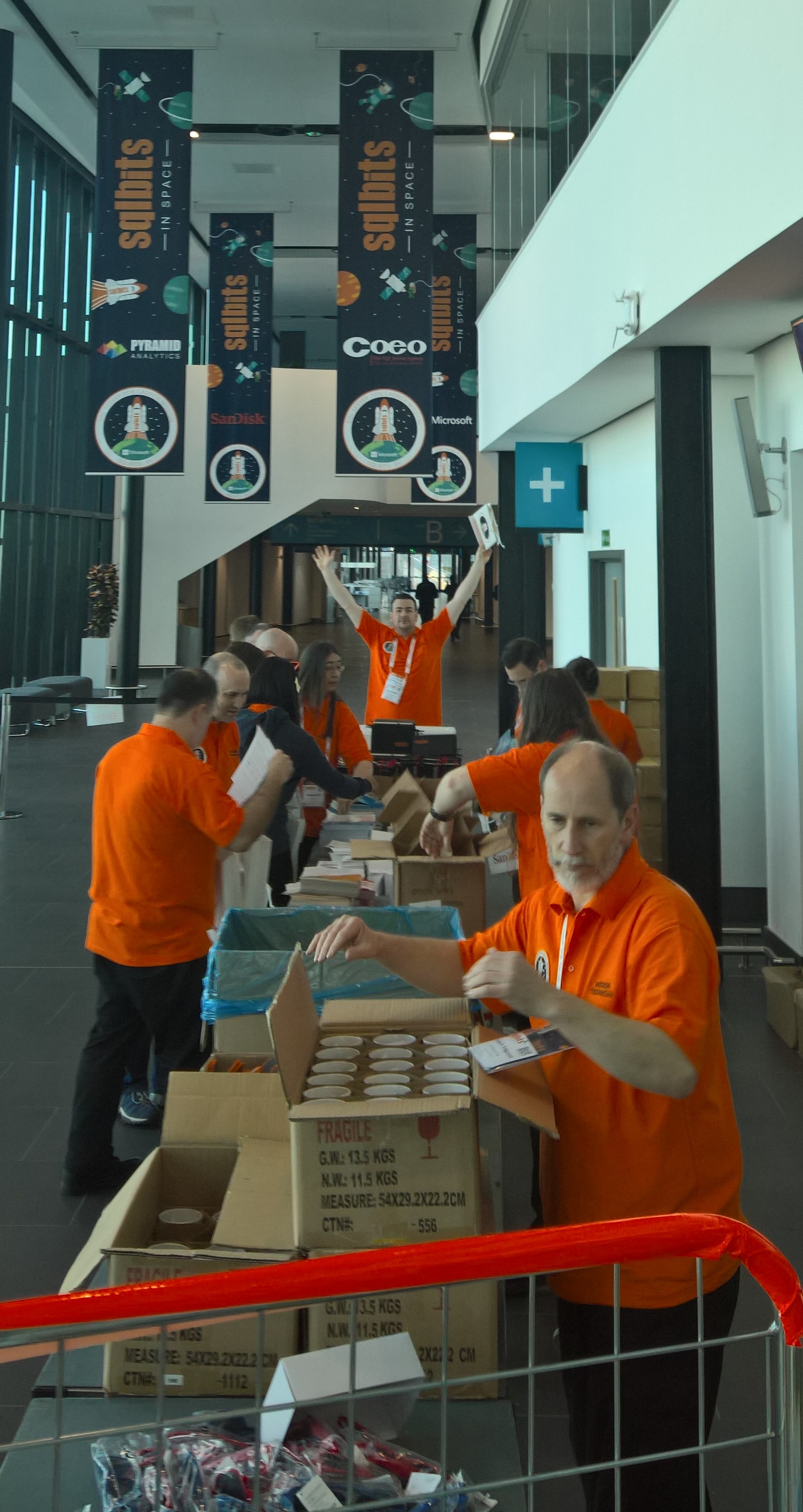 We wanted to begin the process of packing the swag bags so that all the attendees on Wednesday could have them as they arrived but unfortunately we were let down by a delivery firm and that was not possible. That job was completed by some very dedicated helpers during all of Wednesday and finished off by all helpers after Wednesdays sessions had finished. Many, many thanks and respect particularly to Bob and Conan for their dedication to the bag-packing cause, although I did hear “If I ever see another bag again ……..” 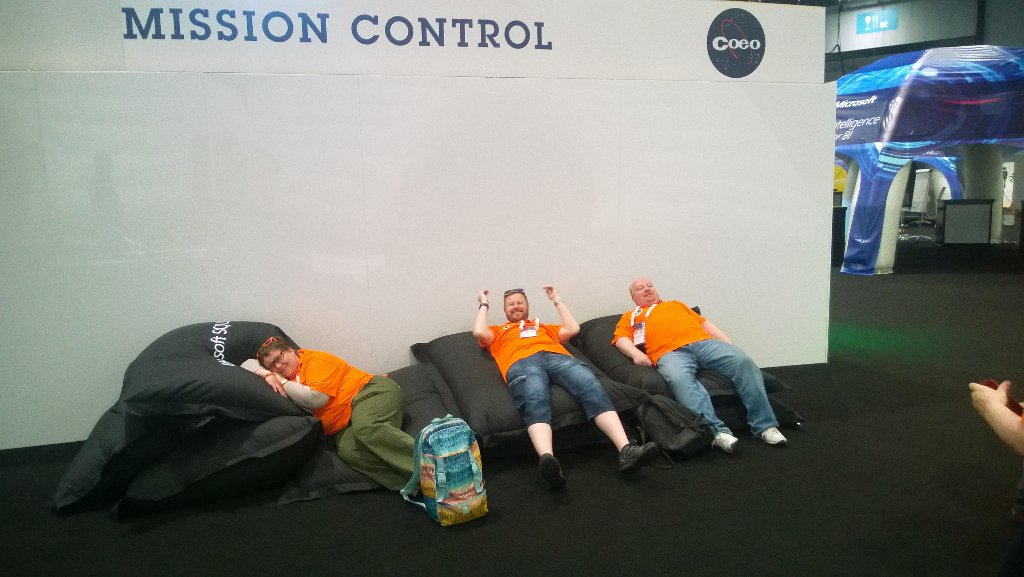 All of the registration desks with badges, lanyards and booklets were set up ready for the next day, the covers were put on the tables, the bean bags put out. (They were needed later!!)

We started every morning with a helpers briefing at 7am

where we ensured that everyone knew what was happening that day. Most helpers took some part in registration whether it was being at the desks handing out badges, assisting speakers and sponsors on arrival with questions and some the other jobs that needed doing such as putting the table cloths on the tables in the domes and getting out the bags. 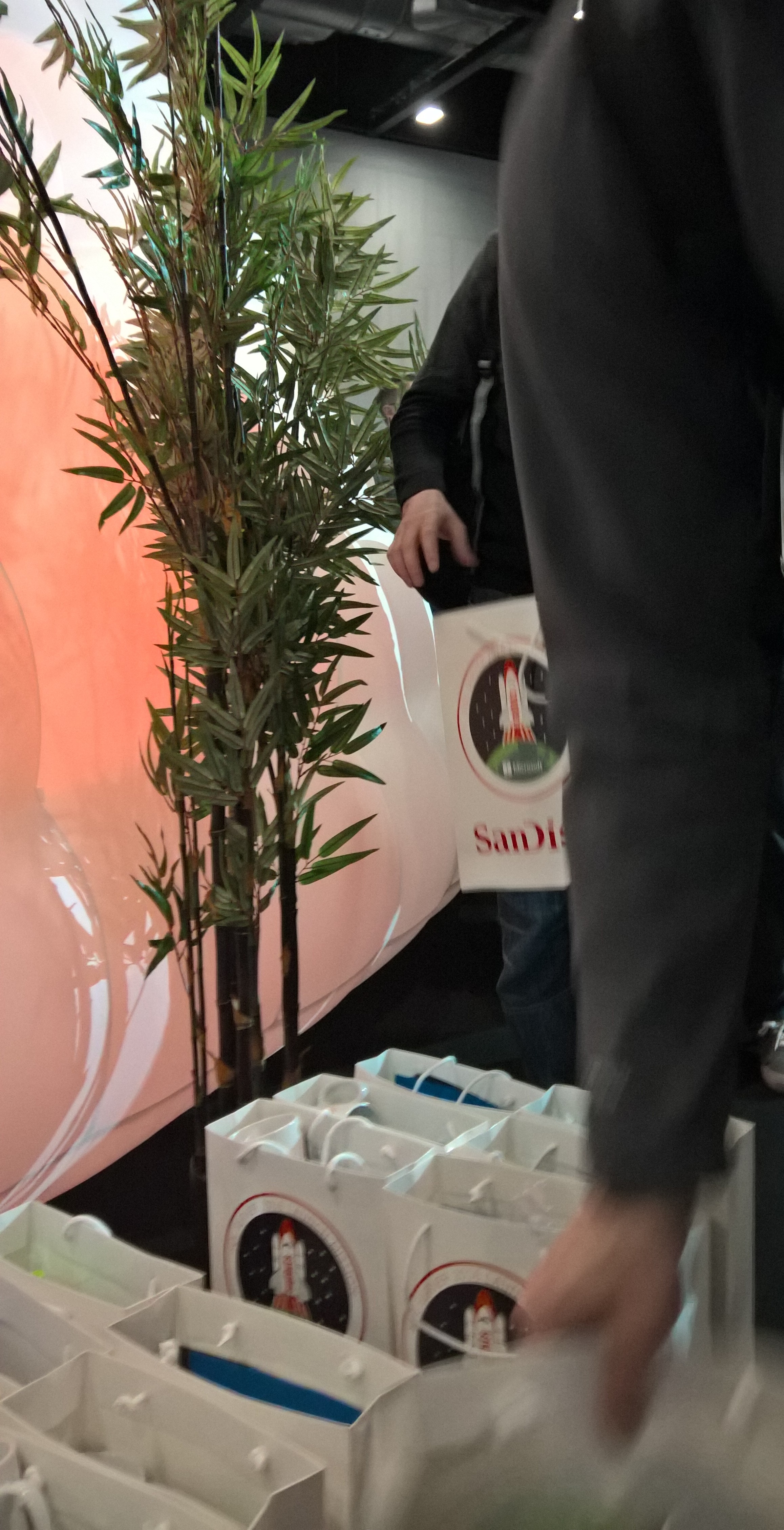 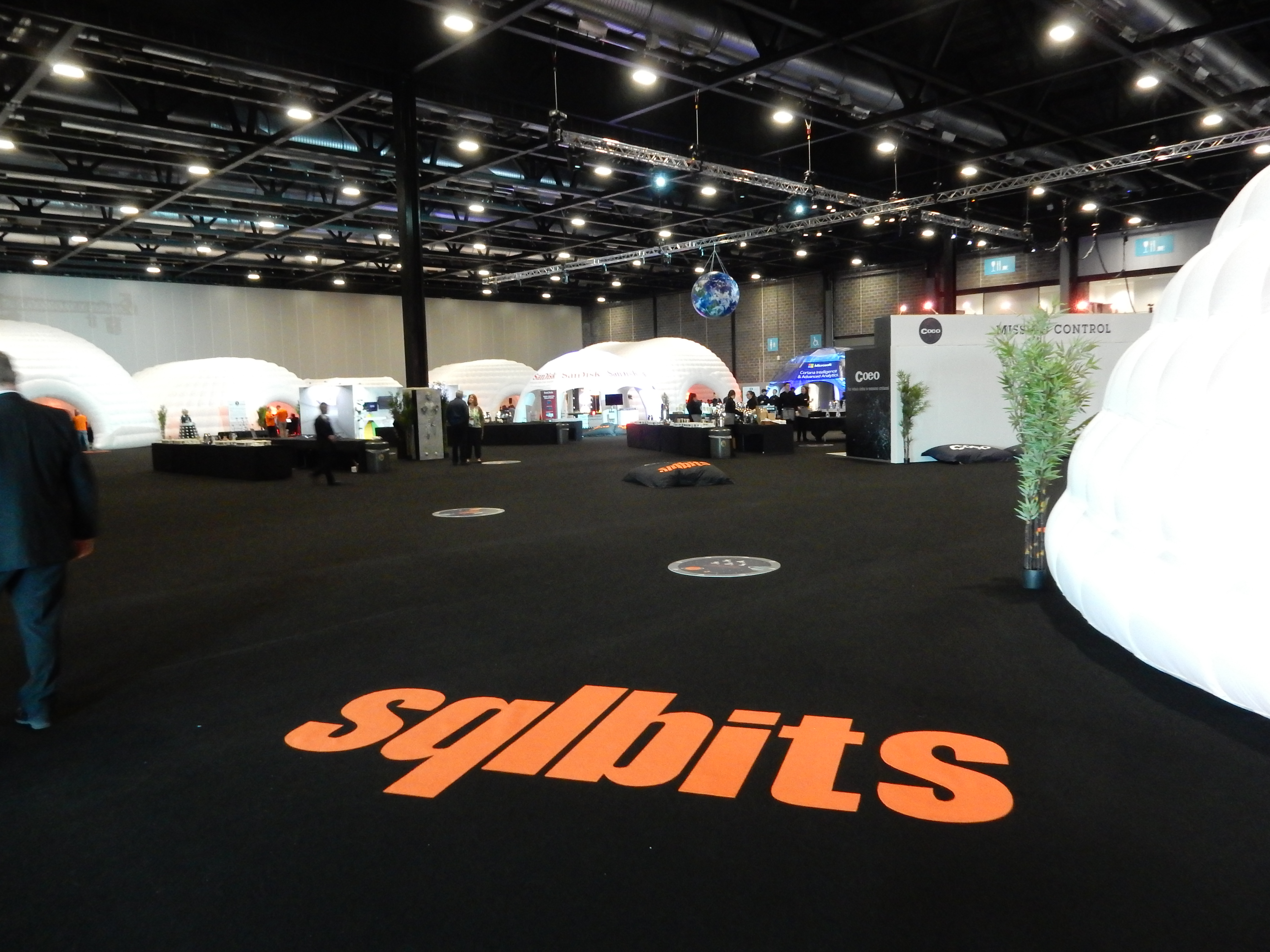 During every session there were two room monitors. Their responsibility was to ensure that everything went smoothly during the day and during each of the sessions on Friday and Saturday. They assisted the speaker with drinks, timings and the other foibles that technology can throw, they would have known what to do if there were issues with the domes. 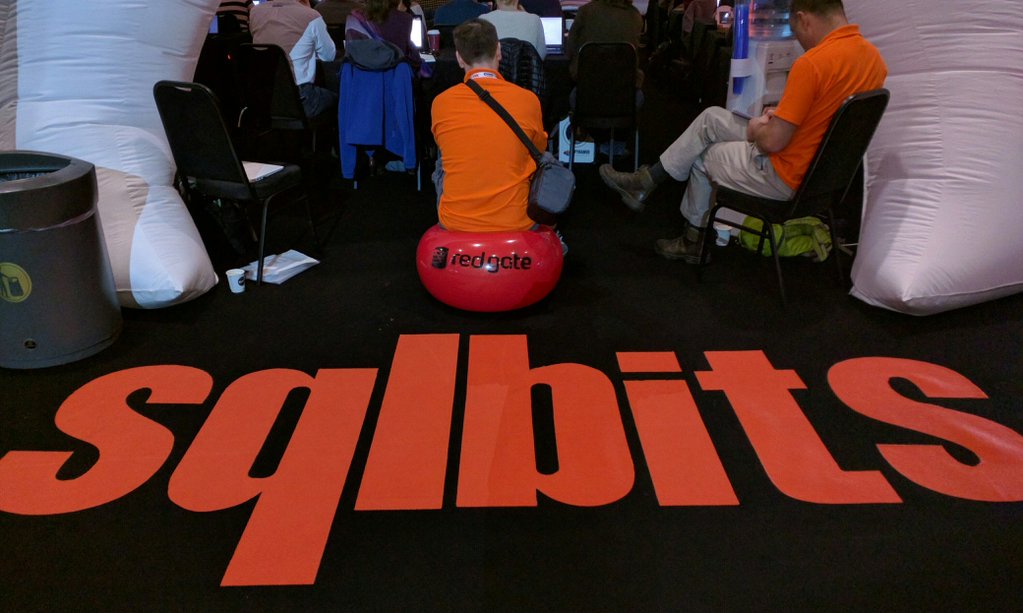 They also made sure that everyone was in the correct session and answered lots of questions. The bit that hopefully most attendees missed was that in the case of any issues they called in one of the 5 or 6 super helpers who were patrolling the arena, who could go and get the AV guys or the venue staff to iron out the wrinkles, making sure that the water coolers got re-filled etc
They took all of your feedback forms and took them to the main desk. There were always people at the front desk helping, although Alex, Annette and Terri spent almost all of their time there. 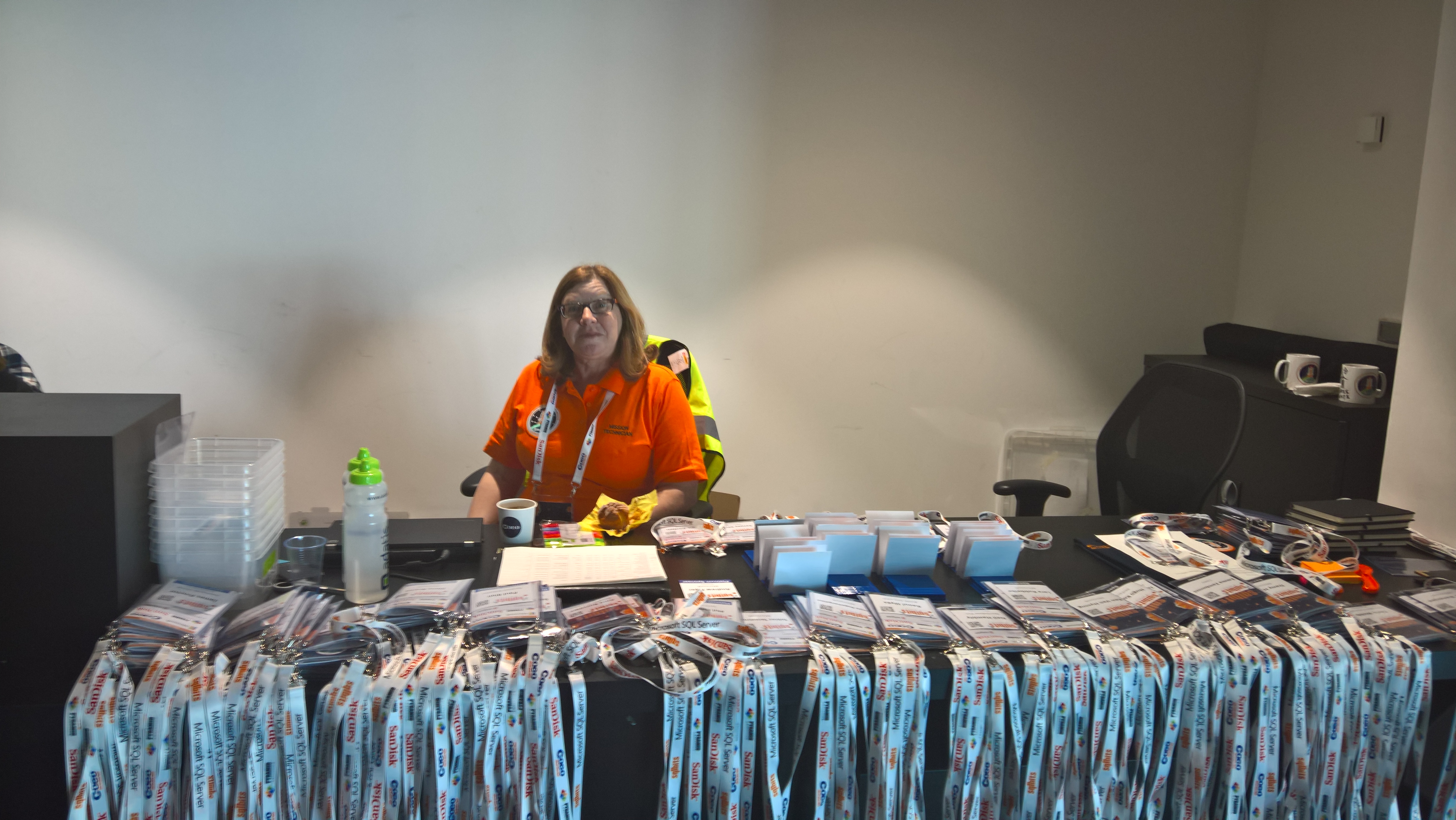 Of course it doesn’t stop there. During the breaks and particularly at lunchtime the helpers were available and indeed noticeable. They assisted with the queues at lunchtime and for the key-note 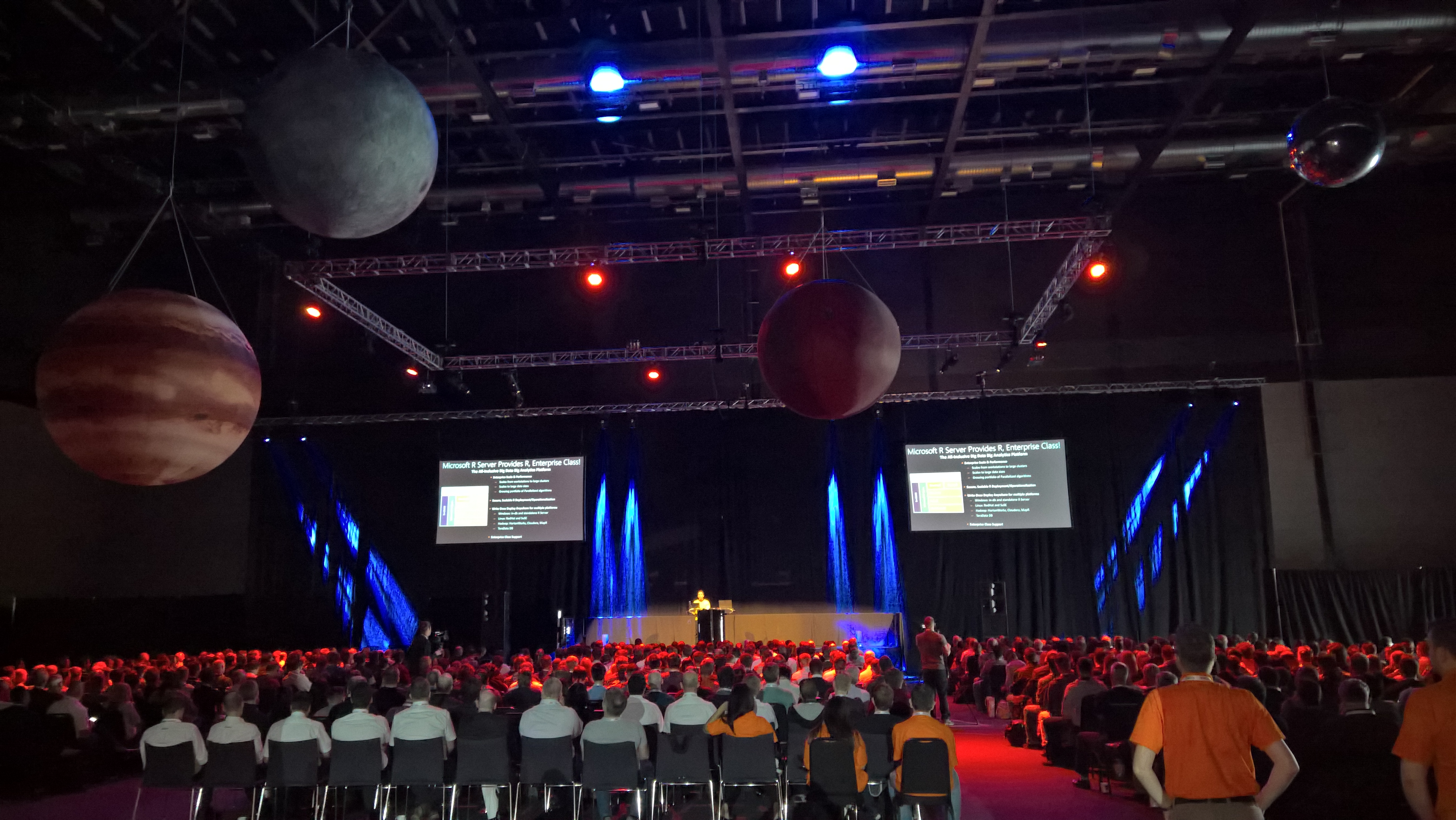 answered questions and they helped attendees with session choices. There were always people and questions that they were willing to answer or to find someone who could.
Once the sessions had finished, the helpers didn’t. They manned and womanned the registration desks in the evening. Returned all of the feedback forms and helped with sorting out the venue ready for the next day. There was also a de-brief for any lessons learned.

They even gave out the free drinks tokens at the entrance to the party! 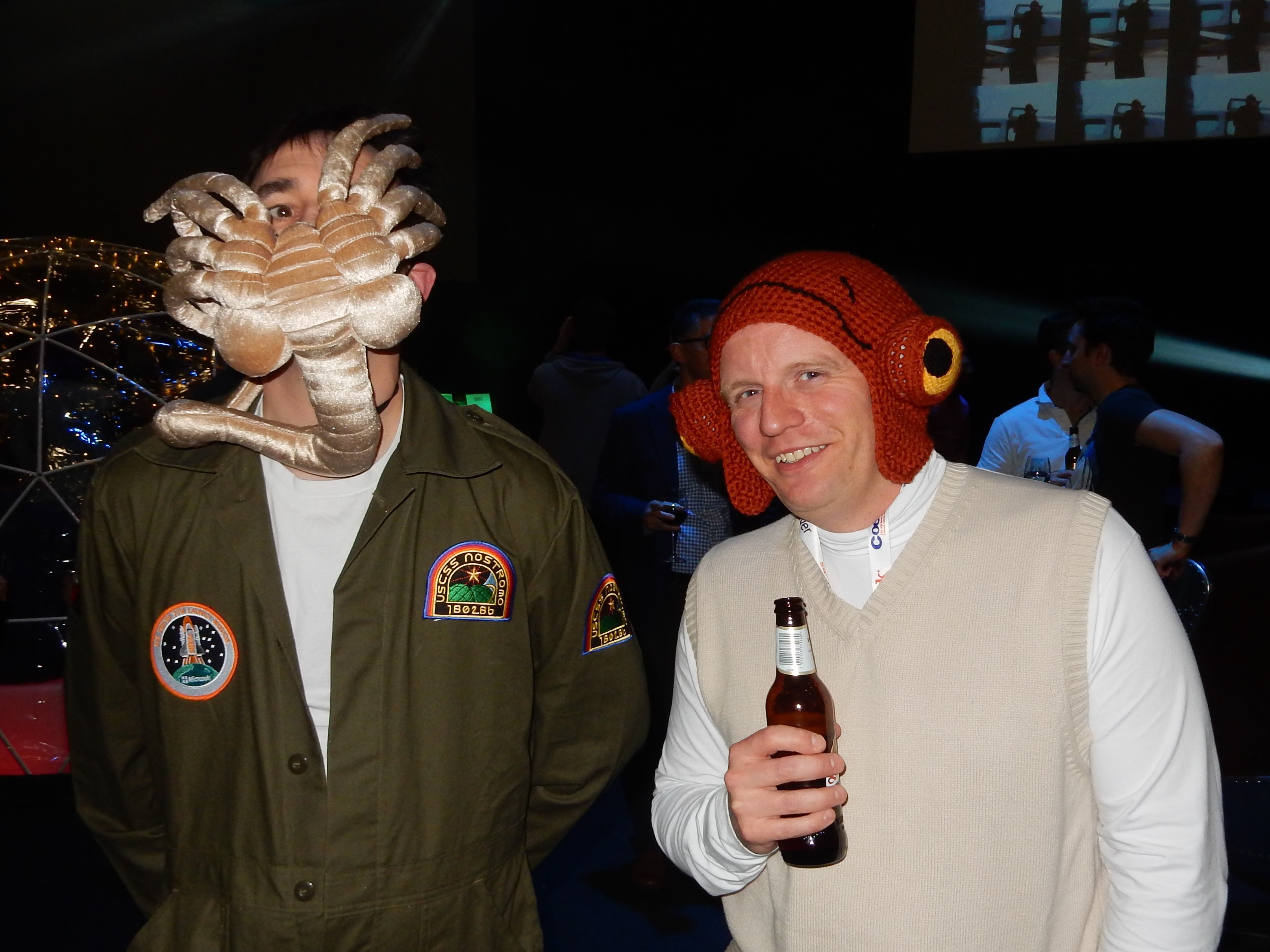 So why do they do it? They are all part of this amazing community dedicated to providing great events for people to learn. Many of them are volunteers at other events and/or user group leaders and attendees and want to give something back to the community.) . They were able to choose the full day and hour sessions that they attended so were still able to learn from the amazing speakers at the brilliant sessions available. Everyone was able to choose which days they helped it doesn’t have to be for every day you are at the conference. They are a wonderful group of people and I have made some fantastic friendships by volunteering and get great hugs 🙂 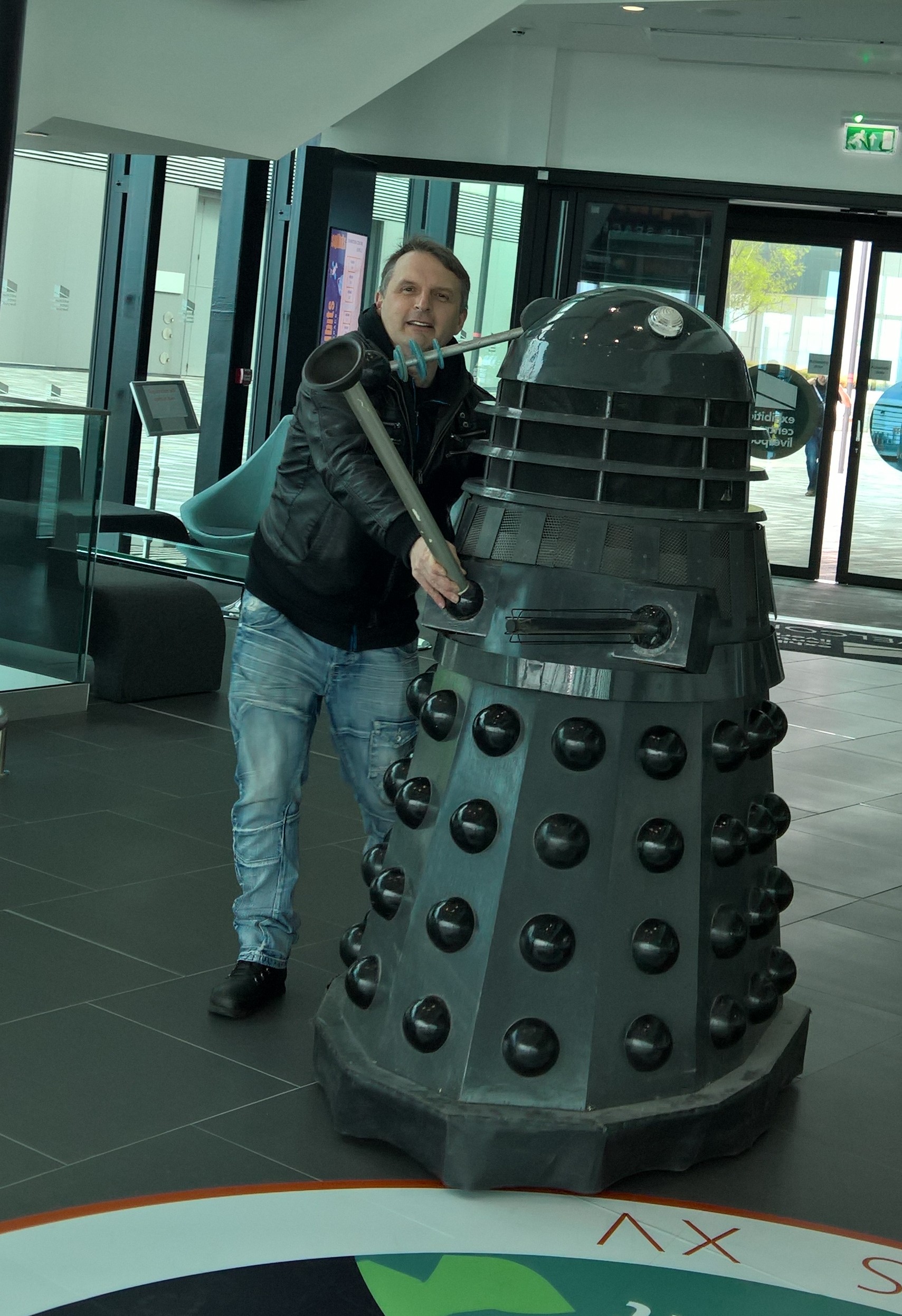 You also get asked the most brilliant questions like “Excuse me, I have a Dalek in my van, what would you like me to do with it?”
If that sounds like something you would like to do, you just need to email [email protected] with ‘I would like to be a helper next year at SQLBits’ in the subject. You can also offer to help at your local user group or at other events, speak to your user group leaders for more details on that
If it’s not for you, that’s cool but please, for me, the next time you see them at an event just say thank you. It really means a lot and they thoroughly deserve every word of thanks that we give them. 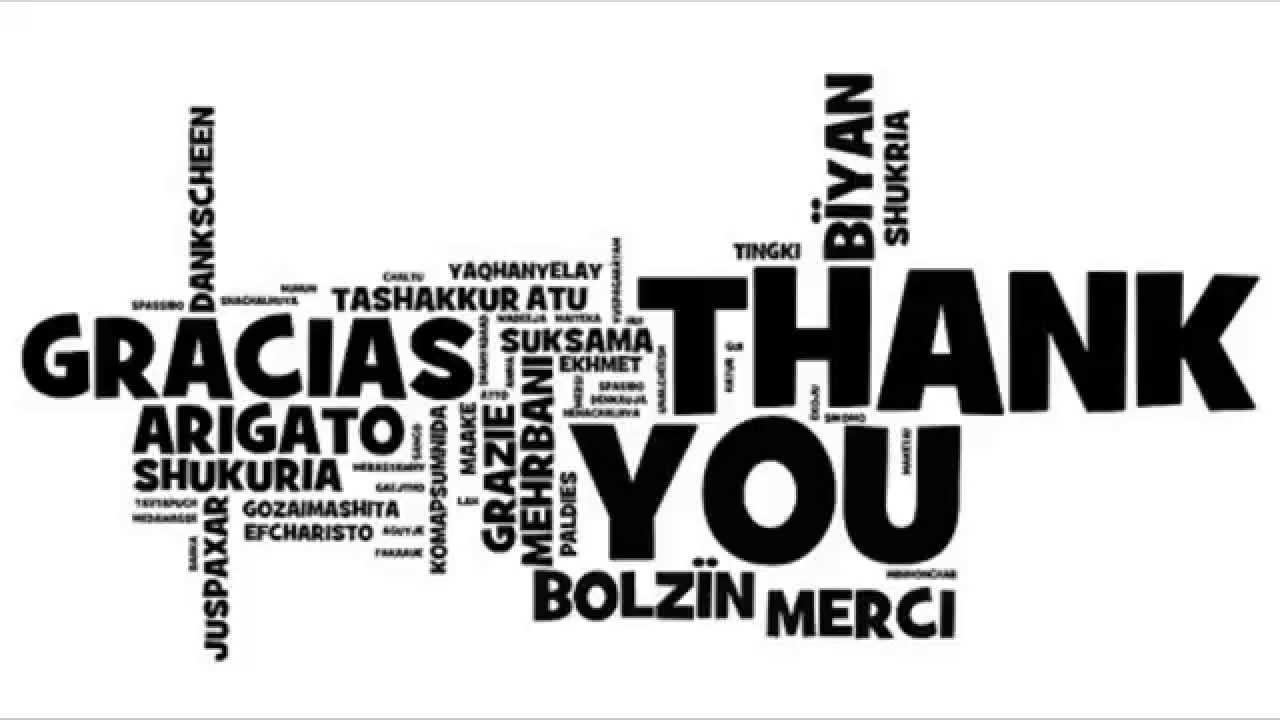